Spinal cord injury alters the communication between the brain and spinal cord, leading to unrecoverable neurological deficits, including the partial of complete loss of movement.

11 am lecture followed by live Q and A.

Dr Courtine and his team have identified gateways that enable electrical spinal-cord stimulation to modulate the circuits that produce movement.

This understanding translated into neuromodulation technologies that target these gateways to restore motor functions.

Combined with rehabilitative training, these targeted neuromodulation strategies restored walking and improved neurological recovery in people with spinal cord injury; but the same strategy may also enable the recovery of arm and hand movements.

The prize funding will allow him to study this possibility.

Gregoire Courtine was trained in Physics and Neurosciences.

His passion for translational neurosciences has fuelled his research in the development of neurotechnologies to improve recovery from neurological disorders. 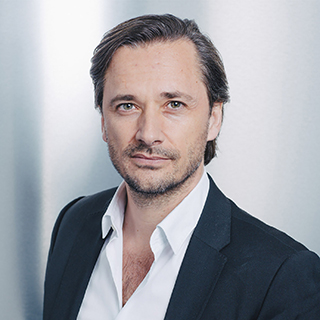 He is now Full Professor of Neuroscience and Neurotechnology in the Center for Neuroprosthetics at EPFL and in the Department of Neurosurgery at the University Hospital Lausanne (CHUV) where he is director of the Defitech Center for Interventional Neurotherapies (NeuroRestore).

He is also Chief Scientific Officer (CSO) of GTX medical, a start-up he founded in 2014 to translate the neurotechnologies developed in his laboratory into clinical treatments.