Chaucer's Mathematical Works and the Astrolabe 1391

Information on the oldest item in the IET Archives collections: Chaucer's Mathematical Works, a treatise on the Astrolabe dated 1391.

'This tretis, divided into 5 parties, wol I shewe the under full light reules and naked wordes in Englissh'

The oldest item in the IET Archives collections is a fourteenth-century vellum manuscript entitled ‘Chaucer’s Mathematical Works 1391’. The title refers to the second half of the manuscript, a treatise on the astrolabe, which was written c1391 by Geoffrey Chaucer.

Chaucer is famous for his fiction, including the Canterbury Tales, but also translated non-fiction and wrote this scientific treatise.  The entire manuscript comprises a copy of Peter Peregrinus’ treatise on the magnet (in Latin) followed by Chaucer’s work (in Middle English) explaining the operation of the astrolabe, an instrument used to measure the position of celestial bodies.

The first half of the manuscript has received the most attention from engineers as the first European treatise on the nature and applications of the magnet.

Epistola de Magnete was written in 1269 by a soldier, scientist and engineer called Pierre de Maricourt, usually known as Peter Peregrinus or Peter the Pilgrim. It is a result of his attempts to solve the problem of perpetual motion using a wheel driven by a magnet.

This particular manuscript was used as the text for the first printed edition published in Augsburg in 1558, a copy of which is also held in the IET Archives.

Chaucer’s treatise starts in the middle of the folio, thus saving on expensive materials.

The technical descriptions in the treatise were taken from published works: Chaucer describes himself as a ‘lewd compilator’.

The Preface is Chaucer’s justification for the style and language of the work. As it is addressed to a child, ‘Little Lewis’ (probably the son of a friend), Chaucer uses simple language and repetition to explain how the instrument works. He also justifies his use of ‘light Englissh’.

Despite the fact that Chaucer was a robust pioneer of the use of vernacular English, rather than ‘courtly’ French or ‘academic’ Latin in contemporary literature, its presence in a scientific work was very unusual. Chaucer explains this partly because ‘Lewis’ can’t understand much Latin, but also because other scientists wrote about the astrolabe in their own languages: Greek, Arabic and Hebrew as well as Latin.

So this one early manuscript contains two pioneering works: the first attempt to describe magnetic forces scientifically and an assault on the dominance of Latin for scientific literature. 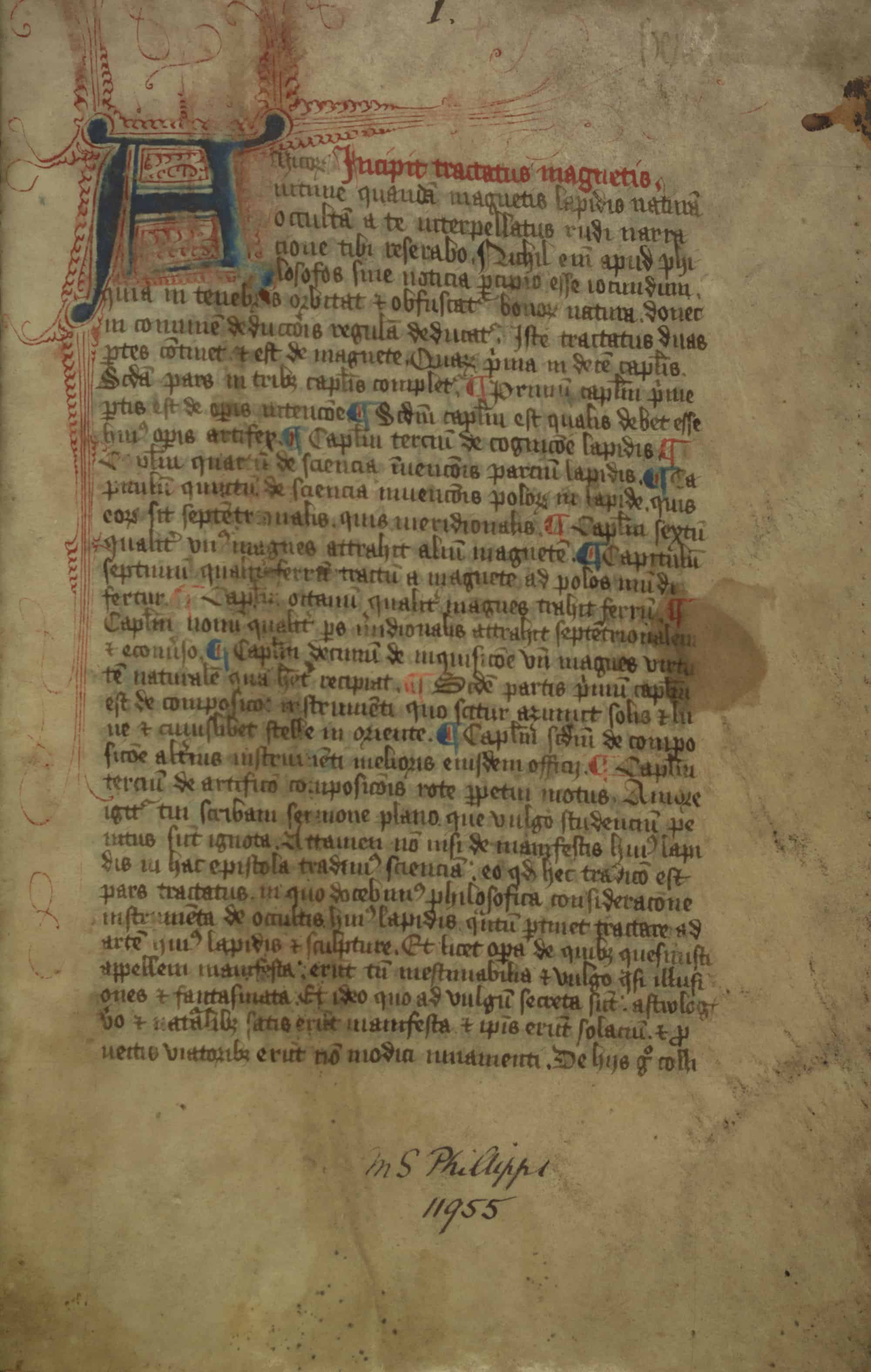 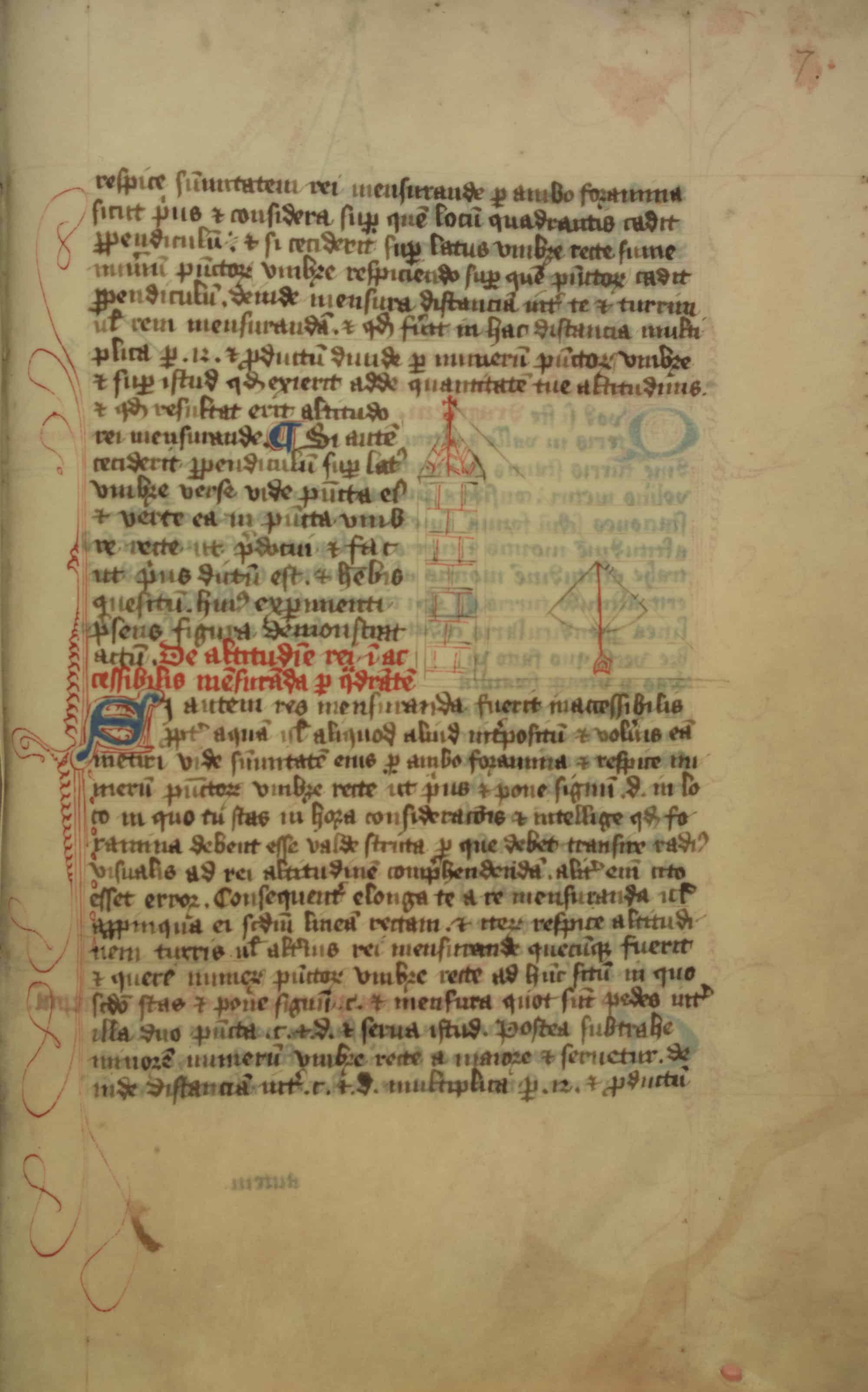