Jack Leonard was an innovative and highly respected engineer and businessman who co-founded Eurotherm International. Under his leadership the company became a world leader in the design, manufacture and application of process control instrumentation.

Jack was educated at Manchester Grammar before serving an apprenticeship at Ferranti and going on to gain a BSc in Electrical Engineering in 1953. He earned his PhD in control systems in 1957, under the tutelage of Professor F.C. Williams.

From Manchester he joined Bruce Peebles & Co. in Edinburgh and, in 1961, developed a foetal heartbeat monitor which allowed detection of heartbeats as early as 20 weeks. His achievement was featured in the Weekly Scotsman and New Scientist.

After joining an American company as Director of Marketing, Jack became frustrated by management refusal to invest in product development. In 1965, he joined forces with three other colleagues and raised capital of £17,000 to form Eurotherm.

Experience in sales taught Jack that product design was as important in engineering as in any other industry. Having identified a former university research colleague as “one of the best circuit designers I’d ever met,” he coerced him into joining as a co-founder.

Through recruitment of engineers, Eurotherm provided salesmen who understood the product and were able to interpret customers’ needs. This, combined with attractive product design, set them apart from the competition and gave Eurotherm an innovative link to the market place.

According to Jack, a benefit of the engineer was the “addition of charm to the sales process; the professional salesman is predictable and dull, the engineer doesn’t know what will happen next. During a demonstration I once set fire to a customer’s desk and he has never forgotten me.”

With funds running low, first year sales reached £20,000, but the trajectory was very firmly upwards and by year five, turnover was £1m. Global expansion followed, and in 1970, Jack moved his young family to Virginia to establish Eurotherm Corporation.

By 1977, he became Group Managing Director and steered Eurotherm through their next phase of growth. In 1978 they floated on the London Stock Exchange to an enthusiastic response.

In 1987, New Scientist cited Jack as an example of, “entrepreneurs in technology who are responsible for good, sometimes brilliant technical advances and who pay attention to the important details of running their business.”

He retired as Chairman in 1996, with Eurotherm valued at £500m. They employed over 2,000 people worldwide and were recognised as world leaders in several product areas.

Outside of work, Jack gained his helicopter pilot’s licence and established FAST Helicopters at Shoreham Airport where Ian Botham successfully trained on his 1986 break from cricket.

Jack met his first wife Audrey at Manchester University, and they married in 1958, raising four children and managing their lives across homes in Sussex and Virginia. During 40 years together, they had a deeply loving and happy marriage until Audrey’s death from cancer in 1998.

Following Audrey’s death, Jack remarried and is survived by his second wife Margaret, his children Jonathan, Andrew, Sara and Megan, and five grandsons. 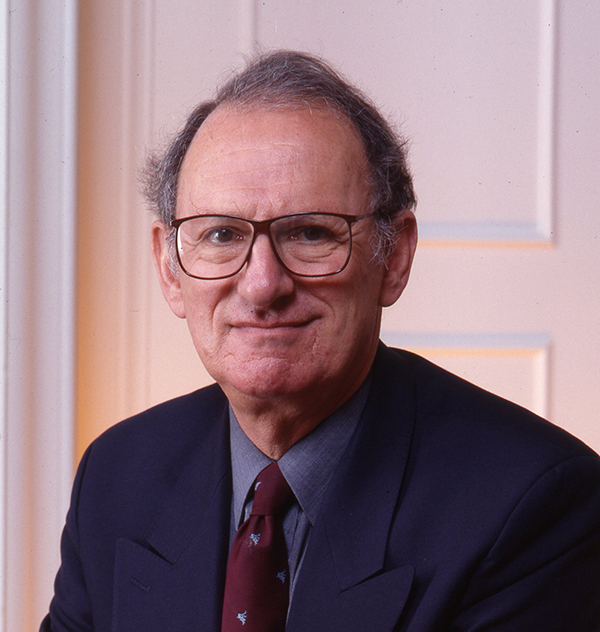