In the field of electrical insulation, Professor T. John Lewis (Prof or TJ to his many students) was a brilliant scientist and one of the most original and creative thinkers of his generation.

John worked in the field for almost seven decades, moving with technological changes from gaseous to liquid to solid insulators and dielectrics. His interests also encompassed electrostatics, sensors and biological materials.

As a testament to the excellence of his work, he received various prizes and achieved Fellowships at the IEEE, the Institute of Physics and the IET (formerly the IEE).

Signs of John’s successful academic career were present from a young age. He won a scholarship to Queen Mary College (QMC), now Queen Mary University of London, where he achieved a First in BSc (Engineering). Three years later, he was awarded his PhD, partly funded through a research scholarship from the IEE.

John began his career at QMC as a lecturer delivering courses on high voltage and dielectric studies. Several years later, he was promoted to Reader in Electrical Engineering and spent a sabbatical period at MIT, where he was a Visiting Associate Professor in Electrical Materials Science. Soon after, he was awarded his DSc from the University of London.

John’s QMC and MIT experiences meant he was the obvious choice when the expanding Department of Electronics at the University College of North Wales, Bangor, was seeking to fill the Chair of Electrical Materials Science.

John joined the department in 1966 and remained active until the end of 2018 when growing fragility finally prevented him from driving there.

Several of the original team became internationally recognised researchers, which led to the establishment of an Institute of Molecular and Biomolecular Electronics under John’s directorship.

John also played a major role in advancing UK science. He took early retirement to devote more time to his role as Coordinator of the UK Science and Engineering Research Council’s Special Programme on Electroactive Polymers and as a member of its closely related Molecular Electronics Advisory Group.

It was during this period that he supported and encouraged the work on Organic Electronics being undertaken by Professor Sir Richard Friend at Cambridge University. Still actively engaged with his team at Bangor as Emeritus Professor, John encouraged the development of new research lines.

Former students remember John for his inspirational support, great scholarship, scientific integrity and the warmth of his character. Others remember him especially for his willingness to spend time with younger scientists.

John died peacefully on 29 April 2019, aged 95. He is survived by his wife, Valda, his two sons John and Stephen, five grandchildren and four great-grandchildren. 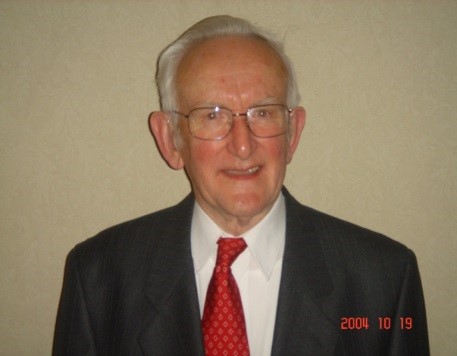