On 2 December 2017, the Michael Faraday Institute and the Institution of Engineering and Technology held a joint meeting in Augsburg, Germany. A number of engineers had planned to visit Derek Mullinger whom we knew to be ill. Unfortunately, Derek passed away on 29 November.

At a memorial service held for Derek in Munich, we learnt a lot about this quiet engineer who was so industrious, helpful and who was a great mentor to many of us.

Derek was born on 29 June 1926. Derek’s early schooling was uninspiring, perhaps because his family moved many times during his childhood. At the age of 14, he left school to be taken on as an apprentice at an electromechanical engineering company, G. D. Peters in Slough, UK.

During the following years, Derek studied Engineering up to HNC level, passing his exams with endorsements and distinctions whilst learning technical skills. Derek also studied French, German and Mathematics at London University and became an associate member of the Institution of Mechanical Engineers as well as the Institution of Electrical Engineers (IEE).

By the age of 32, Derek was a Senior Scientific Officer at the Royal Aircraft Establishment in Farnborough. In 1964, Derek moved to Delft as a Project Manager for the ESRO 1 scientific satellite, which successfully carried out research in the ionosphere and aurorae.

From 1978 until 1984, Derek led the joint ESA/DFVLR team responsible for the integration and operation of the multidisciplinary ‘First Spacelab Payload’ (FSLP) launched on the NASA Space shuttle in 1983.

Derek was one of the founders of the German Centre of the IEE in 1991, over time taking on various roles as Treasurer, Chairman and Secretary.

Derek’s sense of humour, together with his strictness but fairness in dealing with his colleagues and mentees, won him admiration and respect.

Derek is survived by his wife Trudy, his daughter and two grandchildren. He will be sadly missed by all who knew him. Derek’s ashes will be interred in Windsor on 29 March.

If you have memories of Derek, particularly from his earlier life, or would like to attend the service in Windsor please feel free to contact Member News. 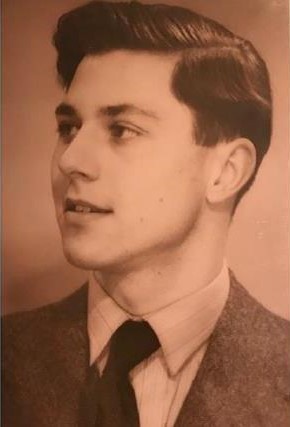