Chris — as he was always known — was born and grew up south of London in Kent.

After leaving school he moved north of London, studying in Hatfield whilst working for Cossor Electronics. Cossor at that time (1966 to 1973) was involved in the development of radar and missile guidance equipment. Chris graduated from Hatfield Polytechnic with a Bachelor of Science (Honours) and Master of Science.

Chris then moved to International Computer Ltd. (ICL) Stevenage in 1973, where he was employed as a senior engineer. Following this role, he worked at Digico Ltd, which manufactured advanced minicomputers that were exported as far as China, Australia, USA and Russia.

From 1977 to 1983, Chris was a Principal Engineer at ICL Letchworth where his knowledge of computing deepened.

The University defined the ‘Stuttgart Tetrahedral’ to describe the processes within a computer environment. Efficient transmission of data was seen as the key to increasing the efficiency of computers, including the supercomputers such as the Cray 2 which the University owned at that time.

Further, the University cooperated with the German Telekom Company, setting up links from the Campus to Hannover and Bremerhaven. The Alfred-Wegener-Institute in Bremerhaven ran climatic simulations remotely on the Stuttgart Cray supercomputer over a distance of 700km. It involved the transmission of huge amounts of data, enabled in part by the design of hardware in which Chris was involved.

Chris was a Chartered Engineer at the IEE (later the IET) and was a Chartered member of the British Computer Society. As well as participating in IEE German Local Network activities, Chris was a member of the Michael Faraday Institution e.V (MFI-ev), a charity which aims to further engineering sciences, particularly electrical engineering and electronics, in Germany.

Chris was on the MFI-eV Board, acted as event manager and maintained the local website for the charity.  At most events it was Chris who took the photographs which adorned the local newsletters and reports.

In addition to his involvement with the IEE and MFI-ev, Chris was on the board of the local Tennis Club and the treasurer of his diving club in Stuttgart. Among his many other hobbies were astronomy, motor cars (with a particular love of Jaguars) and Grieves motorcycles. He was a fan of model railways and visited the UK twice every year to attend his favourite model railway exhibitions.

Chris is sorely missed, not only for his volunteer work, but also as a valued colleague who brought a large measure of good humour, even during the stressful periods of planning events.

Chris Copplestone is survived by his wife Elfie, his son Stephen, his daughter Emily and granddaughter Sofia. To be a Granddad was very special for Chris.

If you have memories of Chris, particularly from his earlier life please contact secretary@mfi-ev.de 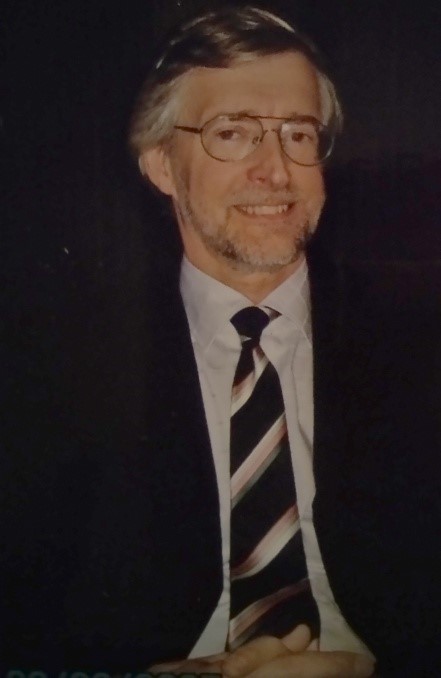