Transitioning to hydrogen: Assessing the engineering risks and uncertainties

The UK is investigating supplying hydrogen to homes and businesses instead of natural gas by “repurposing” the gas network. It presents a major engineering challenge which has never been done anywhere else in the world.

What are those engineering risks and uncertainties?

Hydrogen experience is limited to industrial applications only and there are no examples of networks anywhere in the world supplying 100% hydrogen to homes and business. To make a significant contribution to meeting the UK’s 2050 GHG (greenhouse gas) target, large-scale deployment to homes and businesses would need to be implemented over the next 30 years. This is ambitious and so any decision to proceed will need to be sufficiently compelling to compensate for the lack of experience and comparatively short timescale. The report identifies 15 core questions that need to be addressed before large-scale deployment can be achieved.

Why hydrogen for heating?

Although natural gas has helped reduce the UK’s CO2 emissions by displacing coal and oil (which produce around twice as much CO2), it has now become the largest source of carbon emissions in the UK:

When combusted, hydrogen produces no CO2 and so it offers the prospect of a low-carbon alternative to natural gas. Repurposing the existing gas network to pure hydrogen could contribute significantly to the decarbonisation of the UK and reducing the current dependency on natural gas.

Other factors that make hydrogen a strong alternative to natural gas include: 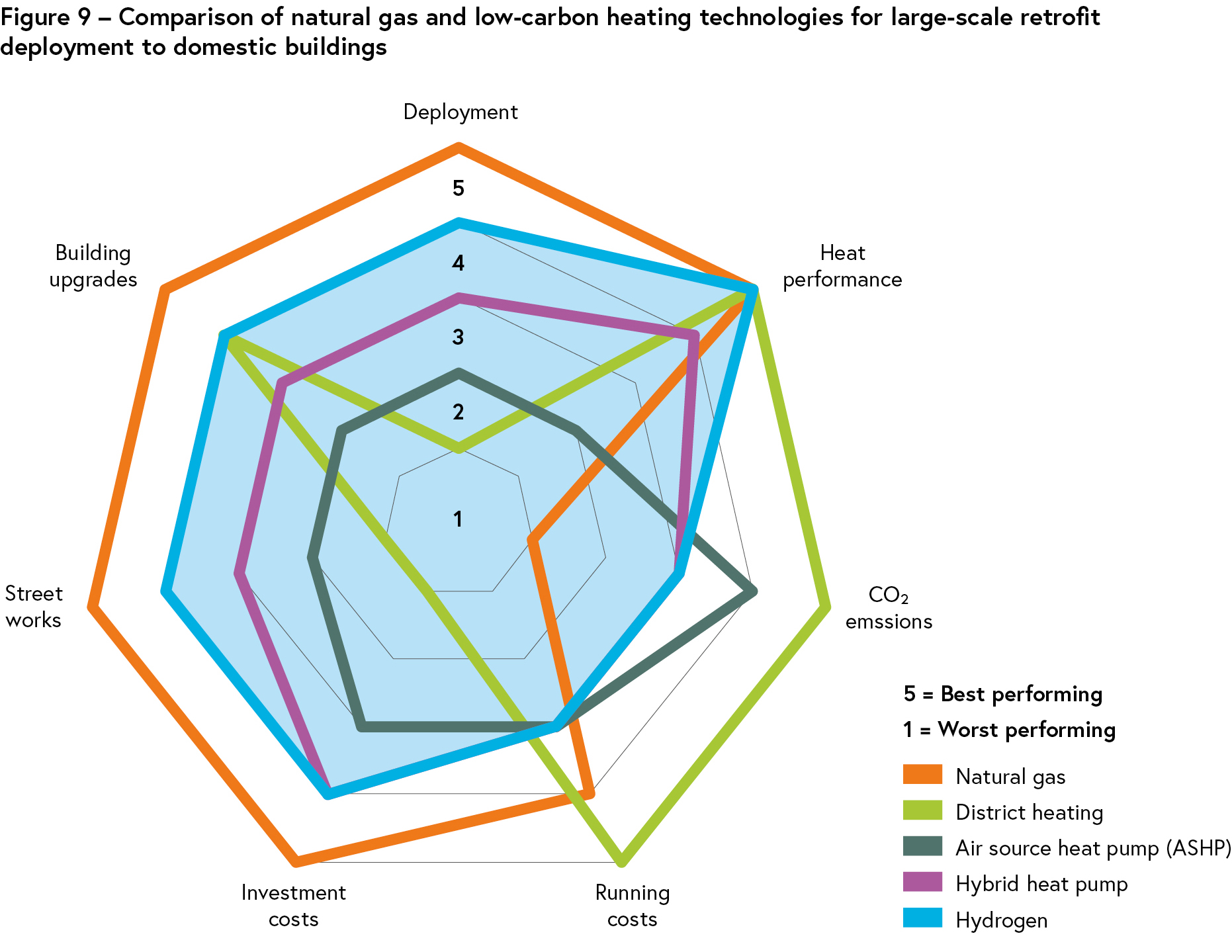 The report’s recommendations are that we:

See below for the full ‘Transitioning to hydrogen’ report and supporting two-page summary.